Includes all factions and other necessary galactic information. This section of the archives is updated by the temple's head archivist.
Post Reply
2 posts • Page 1 of 1 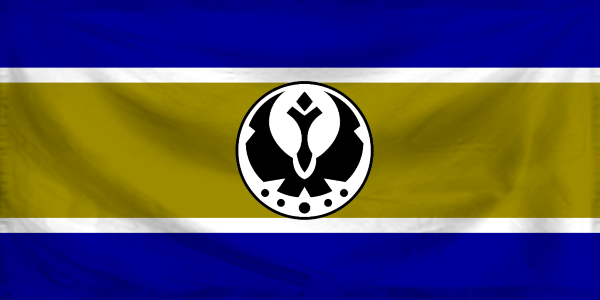 The Galactic Alliance
After the defeat of Darth Krayt at the hands of the remaining shards of galactic government, the galaxy ushered in decades of The Long Peace. The Galactic Triumvirate, consisting of the New Jedi Order, the Galactic Alliance Remnants, and the Fel Empire, oversaw this peace with an uneasy but stable reign. This would not last, however. When the cracks began to show, they did so along the lines that had existed for decades: between the forces of the old Republic, and the forces of the Fel Empire. Many saw the latter as the true legitimate sovereigns of the galaxy, and the remnants of the Alliance as nothing more than a band of secessionists. However, bloodshed was avoided, and the Galactic Alliance, a federative parliamentary republic, was eased into existence by the steady dictatorship of Gar Stazi.

While the Galactic Alliance sees itself as the spiritual successor of the Republic, it is more akin to an illiberal military-political coalition of planets. The Supreme Commander, an unelected head of state chosen by Alliance military command, holds power over foreign policy and "all matters of defence". While an elected Chief of State does exist, their power is greatly limited, as is the Coruscant senate's. Local leaders have a great deal of say in their laws, with full autonomy over their local planetary militias. The only central force of power is Alliance Command, a professional officer corps under the direct authority of the Supreme Commander. The overwhelming majority of planets within the Galactic Alliance refuse to subordinate to Alliance Command.

The Galactic Alliance's greatest strength is its strong ties with the Jedi Order. The Jedi routinely serve as advisors, diplomats, politicians, and officers within the Alliance's leadership. This has been essential in the 'Cold War' that has emerged against the Fel Empire, as both major factions fight a covert war for legitimacy and power over the galaxy's unaligned planets.

Planetary militias, though large in number, are only under obligation to defend fellow planets within the Alliance if suffering outside attack. This mutual defensive pact has ensured peace and stability, but means that planets are unwilling to devote their forces to "unnecessary" conflicts in the galaxy. Therefore these troops are generally unsuited for combat, more used to police duty and skirmishes with gangs than fighting other armed forces.

Alliance Command, on the other hand, is a very different beast. Though relatively small in size, its members pride themselves as the successors of the heroic Rebel Alliance and ancient Old Republic. Veterans of many battles, these loyal and brave soldiers follow the word of the Alliance's Supreme Command without question.
Top
Post Reply
2 posts • Page 1 of 1