Includes all factions and other necessary galactic information. This section of the archives is updated by the temple's head archivist.
Locked
2 posts • Page 1 of 1 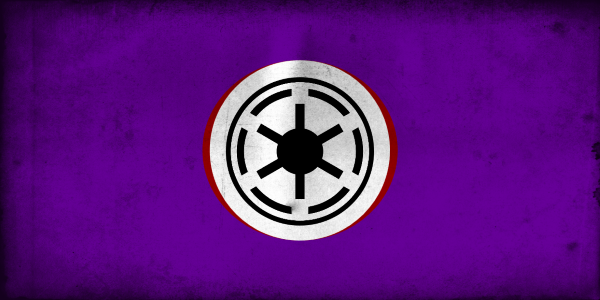 The Empire itself relies greatly on the strength of its imperial family, Imperial Knights, and raw military power. However, this becomes a balancing act between the power of the Emperor and the politics of its Moffs. When the power of the Emperor wains, instability, aristocratic infighting, and contention reign supreme. Though power is officially concentrated in the authority of the Emperor, this is not strictly the case. Aristocrats from the Empire are selected to be ‘Moffs’, usually succeeding their fathers in noble houses, who act as territorial governors and advisors to the Emperor.

One of the main differences between the Fel Empire and its predecessors is the institution of the ‘Imperial Knights’, a group of force sensitive bodyguards that are not only the most ardent warriors of the Light Side, but are sworn only to the Emperor. Often, these Imperial Knights act as ‘enforcers’ upon the Moffs, bringing terror and threats to seditious members of the Council of Moffs. In some rare circumstances, the Imperial Knights use more than words to threaten the Moffs into submission.

However, the greatest source of contention in the Empire is between the people and their rulers. Citizens of the Empire are legally considered subjects under the protection of these Moffs wielding the Emperor's authority, with very few political rights outside of extensions of service to the Empire. A mass bureaucracy of intelligence networks monitors the population and assures loyalty to the crown. Despite this authoritarian practice, people within the Empire are generally quite content with the state of affairs. After decades of war and turmoil, subjects of the Emperor are willing supporters of the only legitimate galactic government. 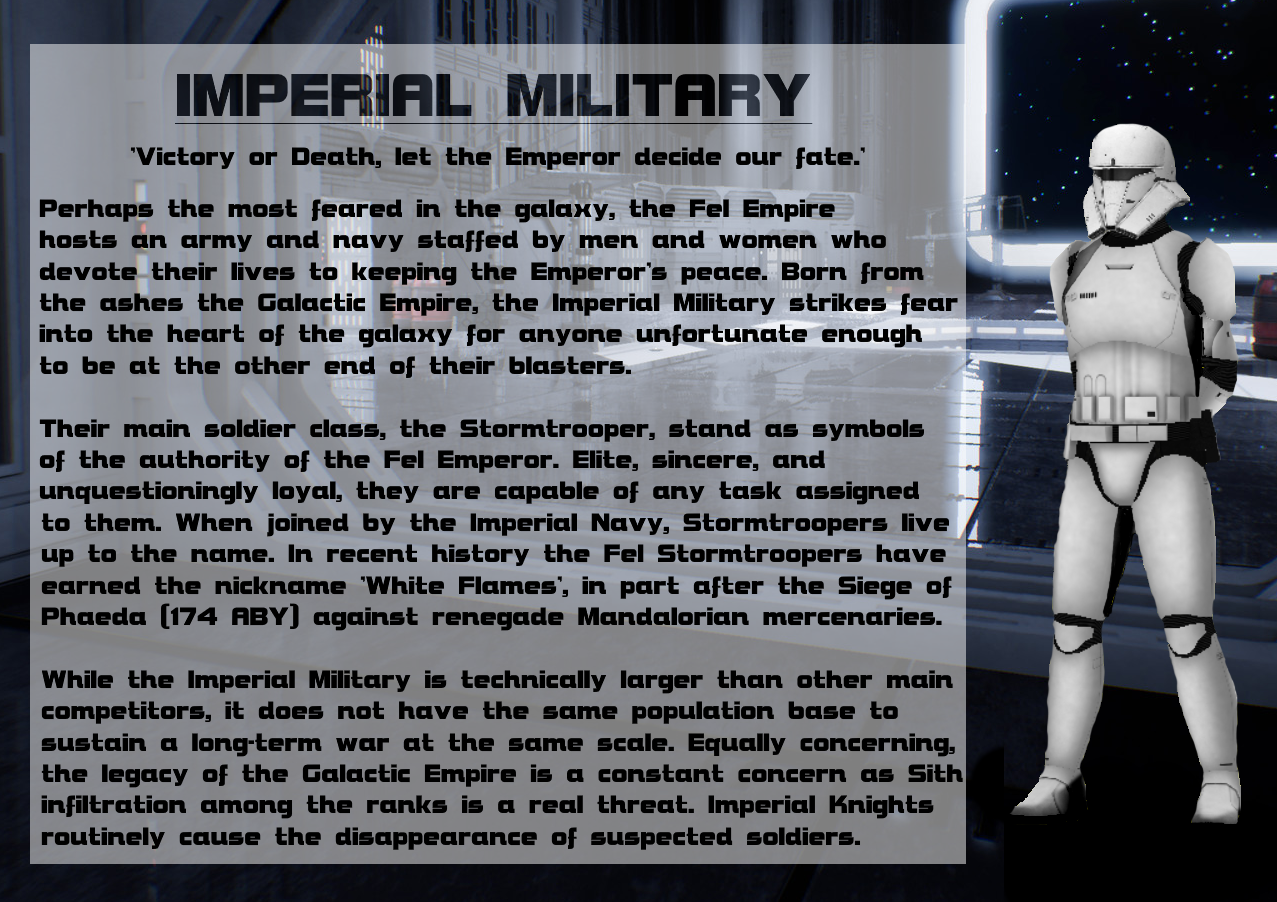