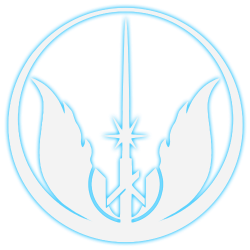 
This document outlines our guidelines for character creation.

Legacy Academy is a roleplaying community based in the temple academy life of Jedi in the Star Wars universe. Your character will be at the core of all roleplay on the server, learning and changing as they interact with all manner of immersive community-driven stories. Though the life of a Jedi is very challenging, we pride ourselves on compelling character writing and welcome new members who want to share in this. This guide serves as a [hopefully] helpful introduction to what you may want to consider before you submit your application.


Age
New character applications may only be between the ages of 9-14. This distinction allows people the opportunity to play a younger child for longer, but this will have an impact on the level of training they may receive. Think realistically about the level of traits, ignorance, and young personality of your character. They will age as the story of the community progresses.


Species
The species of your character is very important, as it determines their appearance and physical attributes that you may want to develop throughout the roleplay. For example, some species without human-esque mouths are unable to smile. Characters are encouraged to consider alien species options, as they can be very unique. However, you should not feel constrained to limit yourself to what is described by existing Star Wars lore. We welcome the creation of new, interesting ways to play different species. Just because your species may be described as being good at something, does not mean you have to make your character good at it. If you are interested in playing a species that has been created by our community's lore, see the Galactic Information Archives. See 'Biography' below for information on creating new lore in your application.
Banned species:
Place of Birth
Planets, and areas of birth, can have a great impact on who your character is. The culture and society of a planet, or a system, shapes the people who live there. Our Galactic Map has many of the existing planets in our lore, but many are also not on there. Equally, our universe seeks to create new planets in the Star Wars universe. If you are interested in seeing what planets have been created by our members, see the Galactic Information Archives. See 'Biography' below for information on creating new lore in your application.
Banned planets:
Name
Your name is largely dependent on the previous criteria, but it is important to keep in mind that we are in the Star Wars universe. Names are expected to reflect this and applications that do not will be asked to choose a new name. Name generators are a good way to get a broad idea of the kinds of names that your species / culture may have. Avoid ridiculous sounding names. The name format we use on our game servers is "«First name Last name»," with colours to indicate rank for the « ». As you will hold no rank when first joining, you do not need to add any colour but please use the name format when joining.


Biography
When you come to sending in your character application, your biography will tell the community everything about who your character is. It will give a broad run down of their past, their personality, and explain how and why they were brought to the temple. Please try to keep your biography consistent with our existing lore, found at viewtopic.php?f=27&t=21. However, we are fully open to considering applications that establish some form of new lore; a planet, a species, or an expansion of existing lore that has not yet been yet chronicled in the archives. Though do not feel pressured to create something new, as this is something you can do once you are in the community. We will scrutinize Depending on the scale of the new lore, we expect a full written document explaining the basics of your creation. Species / planet creations will require a written description along with the biography submission. A biography must be written in plain, good English.


Personality and traits
You don't need a full plan when starting a character, but it's good to think about and let your idea of your character be influenced by what happens around them.
Our goal as a community is for every character interaction to stand out and for our roleplayers to take away a unique experience from Legacy Academy. As you will be starting a character at a young age, their personality does not need to be set in stone, but can be something that grows and changes naturally over the course of their life. How has their childhood described in the biography effected how they act? What were their parents like?

While the Jedi do seek to emulate monk-like characteristics, and your character should certainly strive for it, they are still people. We appreciate a character with layers, or even negative personality traits. Your character might have a good sense of humour, but may also be incredibly arrogant. Do they have a temper? Maybe a stutter? Play around with it, and be creative with who you are acting out and emoting. It is important to remember that characters can change, however, and you may want to influence your character's personality later down the line by exploring changes to how they act, provided it makes sense.

Some good questions to ask yourself when considering your character:
Character Model
As a community we will try to help to create any player models required for species. However, the more obscure your species, the more difficult it may be to find an appropriate model. Check out JKHub's player models area to see if some models already exist for your character's species. You can also ask on our Discord once you have sent in an application to see if any of our own modellers can specifically help out.
Top
Locked
1 post • Page 1 of 1

Return to “Rules and Server Guides”